65 WILDING FILMS is an international film production company managed by producer Alex Thiele. It was founded in 2009 and is based in London, UK. 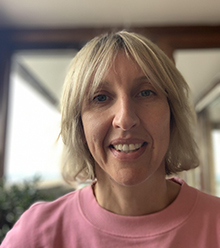 Alex is founder and producer at 65 Wilding Films. Producing credits include Break My Fall (2011) by BAFTA-nominee Kanchi Wichmann, selling worldwide via sales outfit Reel Suspects, award-winning comedy The Book of Gabrielle (2017), theatrically released by Peccadillo Pictures, and most recently, the documentary A Deal With The Universe, sold by Altitude Films and released into UK cinemas in April 2019.

Alex is developing a slate of feature projects with diverse and exciting talent, including Hannah Patterson’s BFI-backed Claude, winner of 2017 Athena List, and Redmond Entwistle’s Success in Circuit selected for 2018 Torino Film Lab.

Alex is an alumna of the EAVE European Producers Workshop and Creative England’s Creative Producer Initiative. In 2014, she was selected for Guiding Lights, the UK industry’s flagship mentoring scheme, and was mentored by Dan Films’ Julie Baines.