The UK launch of The Book of Gabrielle

The UK launch of The Book of Gabrielle

The Book of Gabrielle, a lesbian comedy about sex, love and identity, written and directed by Lisa Gornick and produced by Alex Thiele & Margaret Glover, receives its UK launch at the Barbican on 29th June courtesy of Peccadillo Pictures.

Gabrielle is writing an illustrated guide book on sex called ‘How To Do It.’ At a book signing she meets Saul, an established male writer. She both loves and hates his work which has seeped into her secular Jewish life from childhood. The more Gabrielle tells him about her book the more he wants to know about her life, including her relationship with younger girlfriend Olivia. As her book takes form, her friendship with Saul is tested and her relationship comes under fire as she starts to wonder, does Saul want something more than friendship? 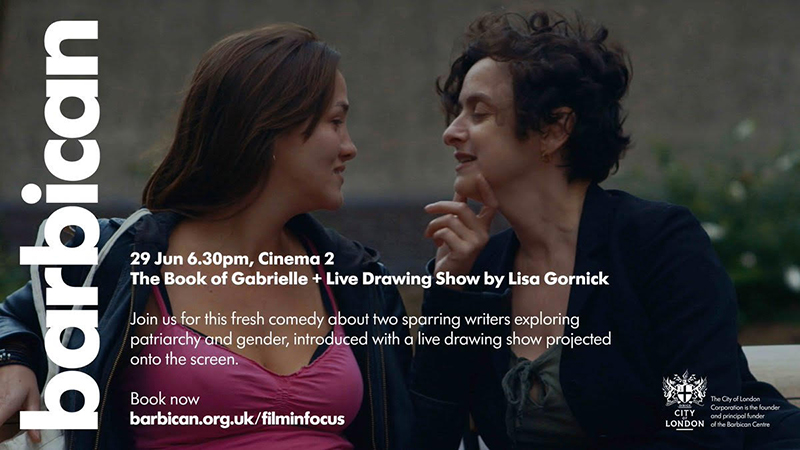