A Deal With The Universe, the debut documentary from transgender filmmaker Jason Barker receives a theatrical release via Peccadillo Pictures. The film tells the inspiring tale of a very different kind of pregnancy.

Produced by Loran Dunn of Delaval Film and executive produced by Natasha Dack Ojumu of Tigerlily Films, Emma Dutton of Sharp House and Alex Thiele of 65 Wilding Films. The film was majority-funded by the BFI. 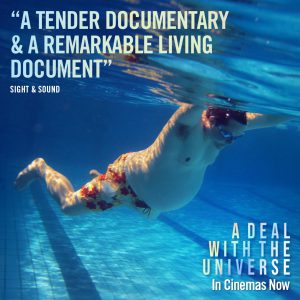 Tweets by @65WildingFilms
VIEW ALL