65 Wilding Films is an international film production company managed by producer Alex Thiele. It was founded in 2011 and is based in London, UK.

Our mission at 65 Wilding Films is to produce distinct, cross-cultural, boundary-pushing content aimed at a global audience. The company is particularly focused on telling stories from a queer and female-led perspective, and championing signature works from emerging and established filmmakers that the market does not necessarily support. Our approach is to find projects that have the indie arthouse sensibility but also have the breakout potential and subsequent ability to connect with wider audiences. 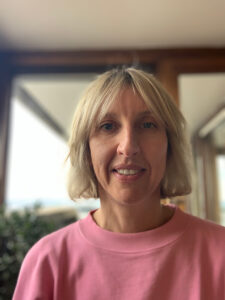 Alex is a British-German producer and founder of 65 Wilding Films. Producing credits include Break My Fall (2011) by BAFTA-nominee Kanchi Wichmann, selling worldwide via Reel Suspects, award-winning comedy The Book of Gabrielle (2017), theatrically released by Peccadillo Pictures, and documentary A Deal With The Universe, sold by Altitude Films and released into UK cinemas in 2019. Alex has a slate of feature projects with diverse and exciting talent in funded development with the BFI, including CLAUDE about surrealist artists Claude Cahun and Marcel Moore with Irish director duo Christine Molloy & Joe Lawlor (HELEN, ROSE PLAYS JULIE), and Nicola Mills’ punk feature UP YOURS!. Alex is an alumna of EAVE European Producers Workshop and Creative England’s Creative Producer Initiative. In 2014, she was selected for Guiding Lights, the UK industry’s flagship mentoring scheme, and was mentored by Dan Films’ Julie Baines. Alex’s role as a producer is complemented by her previous work in factual TV, extensive experience working in film festivals, and 3 years as project manager of Guiding Lights.